How to mess up the relationship with your employees with bad HR practices?

People make organizations successful. The fact, however, is always ignored by the management. HR and line managers always try to mess up the people management function. There are different ways to mess up the interpersonal relationship with employees and make the HR culture hostile.
There are different faltering blocks to make the messier. See how…..
And many more….
Written & Posted by Vinod Bidwaik on Sunday, March 27, 2011 2 comments: 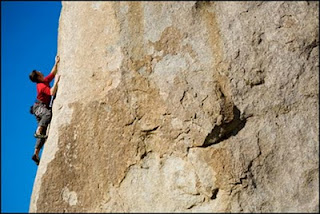 It was typical era of militant unions and the only scenario was bad Industrial relations. The whole industrial belt was spoiled by the union. Due to the conflict with management, union declared the stoppage of the work. They started to create the problem to staff members and made the internal atmosphere hostile. In response to the same, management declared the lock out.
I had just started my career as the Management Trainee. I was reporting to Personnel Manager. One day union “gheraoed” Works Manager and Personnel Manager. From next day Personnel Manager did not come to the office. Within a week, he resigned. Works Manager called me and other 5 colleagues from my team and asked us to come at office without fear. He told us that we would resolve the issue asap. He personally took the charge of function. We continued to work with him.
Life is a struggle. It is like climbing mountain. Life is with full of adversity. When you overcome the adversity you are successful. Fulfillment is achieved by a relentless dedication to ascent, a persistent progress forward and upward, towards one's lifelong mission, despite all 'Adversity'.  The success in our work and life is largely determined by how we respond to Adversity, and the measure is called Adversity Quotient (AQ).
There are three categories of people who have different responses to Adversity and as a result enjoy varying levels of success and joy in their lives.
The Quitters
Personnel Manager opted out from the scene. He was seasoned professional, but still was not sure about the situation. The adverse situation made him to opt out.  He was a quitter. Quiteers choose to opt out, cop out and drop out – refusing the opportunities the mountain presents. They abandon the climb and lead compromised lives. The irony of course, is that as life moves on, the Quitters suffer far greater pain than they would have, had they attempted the climb. They are fluent with the language of limitations, quick to find ways things cannot work. They use words like, can't, won't, impossible, and phrases like 'We've always done it this way', 'Who cares', 'It's not worth it', 'there we go again' etc. At work, they demonstrate little ambition, minimal drive and sub-par quality. They take few risks and are rarely creative. Minimally engaged in their work, Quitters are dead weight for any organization.
The Campers
Works managers opted to come at the office and resolve the issue. After declaring the lock out, union went to the

Industrial Court
. ’s stoppage was illegal. Our lock out was also declared illegal. But asked both parties to resolve the issues mutually.  Finally after two months long negotiations issue was resolved, however our Vice President came into the picture and pushed the Works Manager to do this.
Work manager actually was a camper. Campers go only so far, and then say, 'This is as far I can go'. Weary of the climb, they terminate their ascent and find a smooth, comfortable plateau on which to hide from adversity.  It is a common misperception of these people to view success as a specific destination, as opposed to a journey. Campers unlike Quitters show 'some' initiative 'some drive', and put forth 'some' effort. They do what is required. It is the baseline of satisfactory performance that keeps the camper employed. Over time, campers lose the ability to climb, and feel increasingly threatened by those ascending. They are people motivated by comfort and fear.
The Climbers
This is a third category. Climbers are the people dedicated to lifelong Ascent. Regardless of background, advantages or fortune, they continue the Ascent and embrace challenges. They are self-motivated, highly driven, and strive to get the most out of life. Climbers tend to make things happen. Their language is filled with possibilities. They speak about what can be done and how to do it. The question isn't “if”, but “how”. Climbers drive towards results and their language reflects direction.
AQ applies to teams and organizations in the same way it does to individuals. AQ defines an organization's ability to withstand and climb through adversity. It largely influences agility, resilience and persistence when navigating and creating change. Fueled by the explicit and implicit belief that there must be a better way, high AQ organizations find creative methods to do more with less when up against the wall. AQ can determine an organization's competitive advantage and its ability to persevere through continuous change.
A winning team can have no losers. For organizations to have a high Adversity Quotient, it is crucial that the quality be reflected in the personality of its every employee. An organization’s ability to persevere and win thus begins with the individual.
AQ is what separates Climbers from Campers and Quitters. When the going gets tough, Quitters give up and Campers entrench, while Climbers dig in and ascend.
Who are you?
Written & Posted by Vinod Bidwaik on Sunday, March 20, 2011 1 comment:

Mr. Bidwaik, you have been banned…..

There are different categories of HR professionals in (may be in the world).
HR Professionals, who frequently visit different online HR forums & web sites and ask questions, raise queries. Based on answers & responses given by other professionals, they try to find out solutions. In totality the responses are confusing and you don’t get the concrete answers. There are people who post the basic queries. Other professionals are very eager to respond to such queries. Everything is ready made. You need not to apply your brain. I have seen the queries like, “What is the function of HR?” “What are the salary components?” etc etc. I surprise when the HR professional asks what the functions of HR is. What they learn in management institutes?
Second category of HR professionals is those who have solutions for everything. They respond quickly on questions and queries. Their solutions are theoretical and even the person who has one year experience can comment on serious IR issue which seasoned IR person could not resolved. (Yes I know, a solution can be given by anybody and you don’t know it can be effective.)
Third category of HR professionals is professionals who just forward mails, joke, and post copyrighted e-books on the forums. Sometimes they just copy the article and post without giving the reference or without acknowledging the original author. I have seen my articles circulated without citing the source.
Another category of HR professionals copy from these forums, sites and try to implement everything in their organization.
Off course, there are professionals who are true professionals and know what to post, where to respond and what to refer.
You just have a look on the time spent (during office hours) by these HR professionals on these online forums and sites. Check their questions, queries and responses. These forums are really useful and the energy of the participants is amazing, but the question is where their energy goes when they work in the organization. Another question can be, “How they get the time for all these?” (I do this all after office hours or Saturday and Sunday.)
One more category- these HR professionals build the library of everything on their laptop and apply the same whenever they go. In one company, the senior HR professional (the rank of top management), just copied the compensation revision letter from her earlier organization during compensation restructuring.  She forgot to delete the master head of her organization from header of world document.
Everything is available on the net. You just search on the Google; you get the material, format, draft. The question is then for doing these all why HR professionals are required. Any clerk can do the same.
And if you raise the concern on this and if you are rebellious on some thought, you are banned by the moderator. The moderators (except few honourables) are chosen based on their seniority on the forum and not their skills and competencies. (This is my perception because these moderators are not visible in serious discussions. They are not effective while channelizing discussions.)
If you challenge the conventional HR practices, you are thrown out from the online forum. One such forum banned my membership on this reason. When I post anything on the forum, I give the source and reference. As a rule, when you post the article, instead of copying the whole article, you should give the link of the article with your summary. I do the same including posting about my blog.  The reason given to is “You have been banned for the following reason: He visits the community fundamentally to promote his blog. His HR Advice is biased and doesn’t help the readers other than raising some controversial issues with no solution in sight.” Is it so?????
Please note, I have full respect of these forums and HR community. I believe that these forums have the great source of information. These forums help community to grow and learn many aspect of the profession. But it is on HR professionals and moreover on moderators to make it effective.
The material on these forums should be used as reference. After all every organization is unique and any practices should be as per the context of that.
Written & Posted by Vinod Bidwaik on Friday, March 11, 2011 6 comments:

Bad Apple, rotten mango or rotten rats are trouble makers, difficult and hard to work. They make your life miserable. If they are your colleagues, you can avoid them but if they are in your team and if you have to manage them, then you have major challenges. But before handling these people, you need to understand the behaviour of these rotten rats.
These people do not like job or they may have personality problems or they may dissatisfied or even with negative personalities. They may have family problems.
They are arrogant, bully, backstabber, self centered, liar, lazy and so on. You just identify the negative trait and label the rotten rat.
We will discuss on these types sometimes latter. I would like to share how the leader should not be while handling these ugly people. Some managers use these people against other people for their own benefits.
In one company, so called director had all these ugly people in his team. And believe me, it was his choice. Unit Manager was arrogant and sense-less about people issues. He was dissatisfied for everything in the organization, but still was given the responsibility of unit manager, because he uses to give information to him. Another person was non- performing, but he was his pet. Some were mad; some were whiners and so on.  He uses these all against different employees to save his position. Believe me organization was paying huge salary cost for the whims of this person. He was not managing them, he was using them. And it went wrong. (He had to sit at home after few years).
The best option can be to get rid of these personalities. But this is not a lot option; you have to understand the personalities and consequent behaviour.
But before all this, just check if you aren’t in above category.
Written & Posted by Vinod Bidwaik on Saturday, March 05, 2011 5 comments: