Your core belief decides what you are 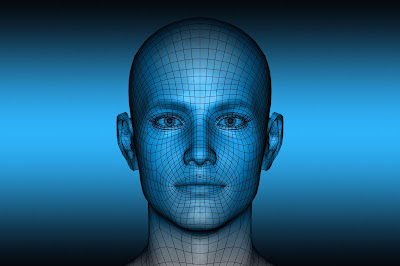 “Do you know that we have different opinions about the same situation?”

“Because we have our own perspective?”

“True, but perspective is one thing, another is the lenses we wear.”

“Take an example of the current situation in Maharashtra, where the former commissioner of police has made allegations against the state Home Minister who asked to collect ransom of 100 crores by every month to one of the pawns who was a controversial Assistant Police Commissioner, accused of murder and putting the gelatin laden car in front of the house of business tycoon. Now few people are criticizing the home minister on this, others are trying to defend him.”

“Yes, maybe these are just allegations and there is no proof of such dealings.”

“You are right, but then all have their own perceptions about the situation.”

“Exactly, and how the perceptions are made?”

“Based on the experiences.”

“And how are the experiences created?”

“May be based on the feelings.”

“Exactly, now how feelings are influenced?”

“Based on how we react, respond to the experience.”

“Perfect, and what is the basis of our reactions and responses?

“Core beliefs are a person’s most dominant ideas about themselves, others, and the world.”

“You are right. Do you know how they act?”

“These beliefs act like a lens through which every situation and life experience is seen. Because of this, people with different core beliefs might be in the same situation, but think, feel, and behave very differently.”

“So, when your belief is not right, what do you do?”

“So, in this case people who are defending the Home Minister have the core belief that this is the conspiracy against a specific caste or party. In other case, the one of the Ministers was the accused of abatement of suicide and the religious leaders and his community was defending him citing the same reason.”

“Gosh, this is ridiculous. What are those examples about self, can you make it more relevant to the personal experience?”

“Yes, you asked the relevant question, you are smart.”

“Is it your core belief?” He laughed loudly.

“Of course, that’s why you are my mentee.” I smiled. “Take an example of two people with different core beliefs receiving a bad grade on a test. Person A’s thought, “I failed, I don’t know what the issue is.” And he gets depressed. The impact on his behaviour is, he does nothing.”

“Person B thinks that he did poorly because he did not prepare for the test. He feels disappointed and he plans to prepare before the next test.”

“So, Poor marks in the grade is the situation, this Situation has triggered the thought based on their dominant belief like ‘oh I failed, what can I do (Person A) and Oh I did poorly because I was not prepared. (Person B). The feeling was depressed ( Person A) and disappointed (Person B) which resulted behavioural action like ‘what can I do- no change’ (Person A) and I will be prepared for next test- change (Person B)”

“Understood. So, to summarise, our core beliefs, positive or negative, decide our feelings and consequent thought process which results into our behaviours, right or wrong.”

“What precautions should we take while dealing with people who have negative core beliefs?”

“Let’s understand few facts about core or dominant beliefs, these are following,

“This is useful, so people supporting the rapist and corrupt politicians have the problem with their core beliefs.”

“I won’t answer that, you have to find yourself.” I laughed.

The super awesome realtime article, aptly connected to the present situation! You nailed it - People are not born with core beliefs—they are learned.

Nicely explained linkage of Core Beliefs with feelings and throughs and possible trigger of action. Having this clarity... One can use as problem solving tools using Visit you Core Beliefs as root cause n see... What you're doing is base of Why (core beliefs)you're doing!!👍