The caste systems in organizations… 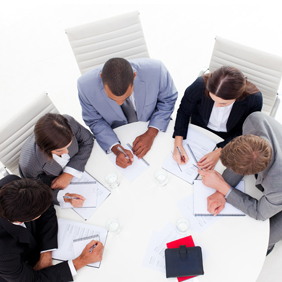 Have you observed the cast system in organizations? No, I don’t mean the caste based on the birth of the person, but the cast based on certain assumptions. The organizations sometimes have an informal, "shadow" structure based on certain aspects of educational, social or professional status.  Everybody in organizations knows about the same but still they avoid talking about.
The caste system in the organization is evolved due to the dominant impact of some specific function or strata of the function. In some cases, senior management intentionally or unintentionally develops the system. They ignore the contribution of other people and tend to be influenced by the dominating groups. When the leader is from specific function, he is more inclined to give more weightage to the particular function.
Sometimes it is just the group of people who are very effective and organizations are relied more on them. For example in hospitals you will observe very rigid caste systems, where doctors are at the top of the heap, nurses in the next lower caste, and non-medical people toward the bottom. I was working in one Media Company; where journalists would have been in more dominant position. They are supposed to be treated at the upper caste level; and they were. But when organization went through business restructuring, advertising, sales and marketing people bagged the position. Leadership was more focus on business development. Here the leaders also plays important role. In automobile industries, manufacturing and R&D create the upper hand and in sales driven organizations, sales and marketing gets the premium.
These castes never appear on the organization chart, but they dominate collective behavior every day. Caste categories usually set up de facto boundaries, promote factionalism, and tempt the in-group members to serve their own social and political needs at the expense of the organization and to the detriment of the lower castes.
This may lead to the organizational dysfunction. The lower caste treated people actually do not connect with the organization and they work only for the sake of working.  It also facilitates the political game in the organization. This avoids the top potentials in other functions and organizations are likely to loose good leaders from other functions or other lower caste system. Sometimes it has the serious business impact.
These informal structures should be identified time to time and corrective actions needs to be taken to aligned all the employees. The people should be treated as per the functional contribution and their overall importance in the organization.
Do you frequently revisit such structures and make your plan to get the involvement of others? If not, please do….
Written & Posted by Vinod Bidwaik on Sunday, February 26, 2012

You have put it in right perspective. This is a common Phenomenon in the organization. The issue is how to get rid of this.