Company hired the Mckinsey & Company to benchmark and design the strategy for the expansion plans. It was expected that this exercise will result in some new ideas and businesses where company can further explore. I was one of the project team members along with other cross functional members from editorial, marketing, circulation etc. fifty percent members were from the company and fifty percent from Mckinsey. It was a great development experience where we learnt the thought process, platforms etc on which the Mckinsey works. It was a great learning about the way of working and identifying the core issue and proposing solutions. 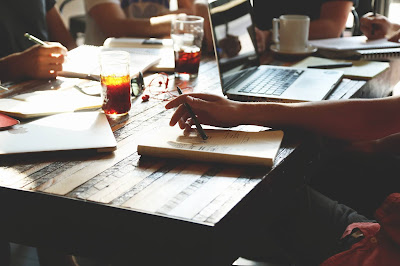 There were a lot of initiatives parallelly going on like SAP implementation, new design of newspapers which company are publishing, lean six sigma roll out and convergence project (Convergence in media is linking one media platform to different platforms and design the content as per the platform and consumer behaviours.) Global top consultants were advising the company on those projects also.

While we were discussing the progress of one of the projects, our Managing Director told me to leverage the learning from those consultants, develop the internal talent with those learning. In short, working on such projects was a great development opportunity for us. He also mentioned that consultants are good, and they have the huge data and we should use that data to improve the business, learn the way they approach the solution and their approach toward the design thinking. Personally, I gained a lot while working on those projects.

It was mid-summer in 2006. We all were in the final workshop with the management team and few cross functional senior members. Different workstreams presented their story. Finally, there was a presentation from the consultant on the recommendations. Every member in the boardroom was given voting pads.

Data was presented. The government was planning auctions of licences for radio frequencies. Members were asked to vote if the company should invest in FM, Events, Televisions Channel- entertainment or news or info-entertainment etc. Based on the presentation 90% participants voted for FM radio Channel. Finally, the consultant put the final slide on the screen with his recommendations to invest in FM Radio frequency. For other ventures like television etc we had a gap in capabilities. The workshop concluded with a lot of deliberations.

Next day, the Managing Director invited the meeting of the management team where I was also a part. He asked for feedback about the workshop and views of the participants. After listening all, he declared, “We will not go for the radio licence, we will invest in television channel.”

There was a pin drop silence, “We have a good benchmark, the team has done a wonderful job and our strategy is in place, but I believe that we should have ambitions. Unless you don’t have dreams, we will not be successful. We should take decisions considering our ambition. I believe that we understand our business and we should go for television channel. We need to discuss whether it is entertainment, info-entertainment or only news channel.”  He broke the silence. He explained the logic behind his decision, risk involved but he also explained why we should think big. He pushed the boundaries of the team to think big.

After a lot of discussion, finally the project started and after 1 years the television channel started. Initially it was info-entertainment but later on converted fully into a news channel. Today the said channel is number 1 in TRP in regional language (Marathi). It is known as Saam TV.

We make decisions based on the data, however sometimes it is intuition and ambition which takes you toward success. Such decisions may be risky. But confidence, courage, conviction and calculated risk and trust on self and team are keys to success.

(Opinions are purely personal & does not represent my organizations, current or past)

Author's book are available on Amazon, Flipkart and BookGanga
(Income from books is donated to the NGO which works for orphans, street children & abandoned elders)
Written & Posted by Vinod Bidwaik on Sunday, February 07, 2021

Nicely explained one of the difficult subject

Marvelous! Very good example of the fact that data is not everything when one makes decisions.