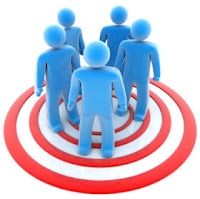 You must have seen the movie, “Cast Away“ starring Tom Hanks. The film shows attempts of Tom Hanks to survive on the lone and uninhabited island after his plane crashes on the flight over the . He uses remnants of his plane's cargo, as well as his eventual escape and return to society. He sees the friend in the creature, created with the help of debris available. He understands the importance of being in society.
Our life is not different. We live in the groups. We can not survive without other people. We need people in office, families. We give titles to the relations and try to survive in the world which is like ocean. But to survive, we need synergy.  What is synergy, how do we benefit from it, and how can we achieve it? Learning about synergy and achieving synergy is another key step towards success.  Imagine that we are using Chinese chopsticks or Japanese Ohashi and our objective is to eat. We must move our fingers and our hands to ensure the chopsticks are holding the food properly, applying the right amount of pressure on each chopstick. Our mind, our hands, our fingers, our chopsticks must all be working together properly. There must be synergy among them to accomplish our objective.
Many goals are achieved only by working with others in synergy. Synergy allows our vision, objective, or goal to be attained in less time, with fewer resources and with greater quality and effectiveness.
Excellence and success are achieved when there is synergy: the capacity of a system (a person, a team, a department, a company or a city) to align its components to operate in coordination and to produce better results than they would if working individually.
When working in synergy, one plus one equals to 3. The rules of mathematics are broken when the members of a team — whether in sport,  surgery, drilling for oil, singing or filming a movie — are able to value each other’s talents over and above their differences, and achieve greater and better results.
Successful societies have been synergetic when they pooled their knowledge, abilities, skills, attitudes and behaviors, placing them at the service of a common goal that benefits all members of that society, following a clear roadmap and acting in coordination.
Knowing that we have power as a team and that synergy leads to success, let's work at creating greater synergy among our teams and our members.
Written & Posted by Vinod Bidwaik on Sunday, October 31, 2010

You put the real fact of life that we can not survive without people. Still the problem is with the mindset of them. Little efforts to synergise among the people will lead to great society/team.