Do you expand your work to fill the time?

“People first” is the first requirement of any business, project, and initiative. This “people first” pressurizes the recruitment section. People are hired, they are trained, they do the work, and sometimes they are kept on bench. Most of the times, managers expect some initiatives from these benched employees. 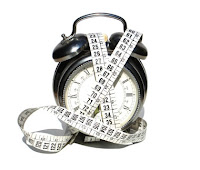 In most of manufacturing industries, you can observe that work expands so as to fill the time available for its completion. Thus the additional person hired for the production planning can make excel files, speaks with different people, mails these files, reminds to others on the feedback, after getting excel files, he punches the data in ERP system. In this way, he finds out the work to fill his eight hours.
It is applicable to all levels. Management sometime decides to accommodate the old nut in current set up. Now he is re-designated Director – special development or operations or corporate development or anything which does not exist in the organization. After declaration, the person puts the proposal of hiring secretary, then manager for managing the function and then his team. This newly declared director creates the job for him. He calls meetings, he calls others to understand their concerns, he checks reports (off course manager is hired for preparing this for him), He attends meetings, finally when he goes at home, he feels that he has done a wonderful job for the organization.
The normal tendency is to multiply subordinates and creating work for each other. Sometimes the manager feels that he and his team is overburdened. Weather this overwork is imaginary or real is different issue. Accordingly the team is expanded and work is distributed. When you discuss with the person on his time spending in the organization, you will get subjective answers like co-ordination, communication, feedback and follow up. In one organization, one manager proposed to hire one subordinate for taking follow ups! Now a days people write these all factors in their JDs!
To take an example of above so called director sir, what he does next? He creates so many work for others that other people come with the proposal of hiring additional headcount. He then uses the concept of conflicts and creates two teams corporate and operations, staff function and line function. He does not allow to do the job of corporate to line and vice versa. of reports and documents are created. Organization goes towards bureaucratic way of functioning.
People do not want hire people who are smarter than them. Instead of hiring rivalry, they hire subordinate for doing the same job. The process goes on and on until the recession comes. You know the result then.
(This write up is based on Parkinson’ law explained by Northcote Parkinson in 1955)
Written & Posted by Vinod Bidwaik on Friday, December 24, 2010

I know who may be this director. Good write up and example given.