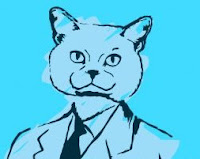 “You throw a cat from anywhere; she will stand on her feet always. She will never injure. This person is like a cat. I have seen him for last 20 years in this organization. But in even odd days, he survived.”
“He was forced to report his subordinate. For almost 5-6 years, though he was considered management team member, his boss literally used him as an assistant to her. But he continued to work. When new management came, his days changed and he became blue eyed boy (man). When new people joined at senior level in the organization, his days again changed. He was totally sidelined. He still survived by being low profile. Again his days changed and he became important person in the organization. This lasted only for year or two.”
“Though he was an employee, he started to act as owner of the company. Organization asked him to go home, because of his flounder behaviour.”
“He was like a turtle. When there were problems, he used to go in the shell. He would keep everything in mind and when situation reverse, he would take revenge.”
I heard this story so many times from other people.
There are certain managers in the organization who always survive in even extreme situations. But when they gain some position in the organization, success goes to their head.
Success leads towards arrogance. When you grow in the corporate ladder, you should more humble and recognized the importance of humility. Above manager could be the successful, however he abuse his success and secondly he took revenges.
One should not forget the fact, “What you did the people, will happen with you also”.
Please don’t see this manager as a role model. But let’s understand this story as the learning perspective. What is the learning?
a)      Be patient and park yourself: Life is not consistent. But in adverse situations, remember the cat. She will always stand whenever you throw her.
b)      People will act as the situation is: People respect the authority. They understand the power center very well. They are not against you, but they have to keep their job. They want to grow. Don’t take revenge from such people, who did not support you when you are sidelined. When you are in the power, they will support you also. So work on how to be in power and authority. Use their strength to achieve your goals.
c)      Change the job: You should have the courage to take a stand and if required loose the job. If you have no importance in the organization and you are sidelined, you should look for another job. Reporting to your sub-ordinate works when you are equally competent and the situation is win-win level.
d)     Be yourself:  In any situation don’t try to change your personality. Be yourself. If you are competent, you can get lot of jobs.
e)     Look for another option in adverse situations: You may not be lucky as like above manager. Above manager could survive because of his relationship with owners of the organization. But relations do not work always.
f)        Don’t abuse the power: When you are in the authority, you should not abuse your power, authority. Being arrogant, being self centered and ignorant the people factor can be the vital factor in falling leadership.
Written & Posted by Vinod Bidwaik on Saturday, February 26, 2011

True story, i agree with u Vinod sir.

There was one such person working in Marathi news paper in Pune. He was lateron sacked. But he was really idiot.