After completion of graduation, during summers, I decided to do the job. The company was well reputed in health care and my job was in marketing. The owner of the company was in the process to sell the company and the discussions were in progress. However he was self declared trainer, facilitator, motivator etc etc. On the day of joining, we all were asked to seat in classroom and Mr. Owner was supposed to take our class. And he took the class for one week on “Life Skills”. The workshop was good, but Mr. Owner was difficult trainer. The workshop was with lot of sharing of personal stories and at the end of the story he was challenging us on our though process. It was good but was at very philosophical level. The workshop was from 9 to 9, without bio-breaks and sometimes he was abusive and we were totally lost. Only 10 people out of 35 could complete the course. Rest left in between. I was among 10; however I left the job after 2 months to study further. After that I never met that trainer, but later understood that he sold the company and received beautiful amount.  He divorced his wife and remarried with girlfriend. I surprise with his “life skills.” 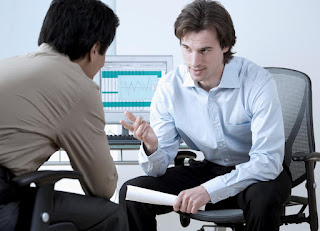 I had one report in my earlier company. He was doing well initially. He decided to attend the workshop on “Life Skills” conducted by one so called “Life Skills Coach”. He attended this workshop on his own thinking to develop himself. It was three months extensive programme on Sundays. I thought, oh good, I will get totally transformed person.  Yes, I got totally transformed person which I had not expected. There was something wrong with either Life Skills Coach or this fellow. He could not give the proper results. Sometimes he was aggressive, sometimes very mild. He would accept the excuses given by cross functional members. I saw him totally confused. He was actually practicing, empathy, assertiveness, humbleness, but with wrong juncture. Later on I understood that he started to face the issues with his family. Perhaps he was latterly started to act word to word.

I am strong believer of coaching. Life skills coaches are also good with specific circumstances. However person is developed on his strength. If you build on strength and take step by step action, you would get the results. Weaknesses and development areas also need to focus, but if you don’t have anything to build on that I have doubt on the results. Development areas should be definitely taken care off, but first building on strength will give you more results.

Where does “life skills of coaches” go when they can’t handle their family members? And what is the use of that “Life Skill Coach” who can not transfer the knowledge or life skills properly?

(Opinions expressed here are about specific coaches or with their styles. These are not generalized opinions.)
Written & Posted by Vinod Bidwaik on Friday, June 22, 2012

thank yous sir for this fabulous article. sir i have question i recently completed my pgdm and i want to ask you how can we manage the performance of employees in performance management. and how we decide the payroll?


sir if you solve my quires i feel good and these add some skills in me.