I saw the couple fighting in shopping mall. The wife was literately scolding her husband. She was even not aware about the surrounding. In another incident, due to family conflicts, one of the employees left the home and did not turned in office for a week. We read news about increasing divorce cases and police complaints filed by daughter in laws against in laws and sometimes even by parents against their children.
Interpersonal skills are the major issues now a day. Conflicts are common in families, workplace. Why relations sour? The human nature is responsible for the same. Mainly the causes of bad human relations are: 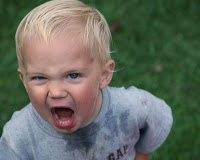 Ego: Some people are so egoistic that they are not reasonable. They are self centered and always live for themselves.
Anger: Anger actually kills relations. I have seen the people who are good by nature, but their anger made them bad in society. In one organization, whole team of HR professionals (around 15 employees) left the organization within 6 months. He was a seasoned professional. He was not against humanity, but his anger made him bullish boss.
Jealousy: The common nature of human being. The lunch table friend in the organization does not support to other collogue when she is prompted.
Cynical nature: Some people are really psychic. Their behaviour is unpredictable. They are moody and very unsecure in the life.
Hostility: This is one of the reasons for bad human relations. They are actually abusive either by words or by actions. They are unfriendly and don’t understand the human nature.
You will find such people in society, families and organizations. How to manage them? If we encountered with egoistic person, do we muscle her ego? How to face the angry man? How to encounter the jealousy? How to manage the cynical and how to overcome the hostility?
There is no hard and fast rule. The answer is firstly understand their behaviour and them make the strategy to handle them.
Following strategies can help to improve the relations.
•          Study of human nature: Understand the reason behind their particular behaviour. I had one employee. She was excruciating and pessimist. I interacted with her on various occasions. I also tried to get more information through different channels. I understood that she was doing hard-hitting with her husband. Sometimes her husband was not even allowing her to come home.
•          Influencing human behavior: Your personality and body language play important role. Influencing personality can smash above characters. You are egoistic! But then I am also logical. You have the ego, but for what? You are better in particular thing, but I am also equally expert. But I am more humble than you. Try to develop your personality. But a tough personality means assertive personality and not aggressiveness. Your personality and body language play important role in influencing.
•          Art of getting with others: Once you understand the behaviour and reasons behind the same, you will find easy getting with others.
•          Motivating others to our way of thinking: People are motivation hungry. They need motivation. They are hungry for good words and appreciation. They need inspiration and motivation. They expect respect. (Though they don’t give it others). Appreciate and recognize others.
•          Respecting other’s views and dignity: We don’t live in jungle and hence the space of others should be respected. People should be treated with respect and dignity.
At the end of the article, I would like to emphasis on the Law of Attraction. You get what you think. You are treated on what you treat others. People are unreasonable, illogical and self centered. But love them. They are also humans; they would also understand the fact of life sometimes.
Written & Posted by Vinod Bidwaik on Saturday, May 21, 2011

Good article. Understanding human nature is difficult. Your strategies can help. Thanks for practical tips.