The promise of an Ox

Motivation can do wonders.. 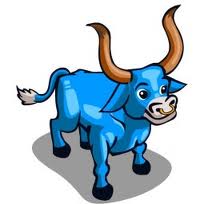 There lived a very poor Brahmin. He got one calf in gift. After few years it grew up to in a strong ox. The Brahmin had no family. He was also very old now and he use to think that he will die in this poor state only. One day this ox said to his owner, “Master! You have brought me up like your own son. I have not done anything for you. Now, I would like to do something for you that bring you some money.
The Brahmin wondered, still he asked, “ How it is possible?” The ox said, “ Master! You tell all the villagers that I can drag a Bullock Cart loaded with 100 bags of 40 Kgs each.  You bet with them. Put a bet of Rs 10 against Rs1. Tell them that they if get 10 rupees against each one rupees if I could not drag the bullock cart. Nobody will believe you. But I promise that you will win the bet and become rich”. Brahmin became very happy and he announced at all places. The villagers could not believe that an ox can pull such a weight. So, the villagers agreed to bet immediately.
The day of bet arrived. 100 bags of loaded rice were stocked in the Bullock Cart. The poor ox kept trying and trying but the bullock cart did not move an inch. The Brahmin started to curse and abuse the ox. The ox became sad. Brahmin lost the bet and he has to give away all possessions he had. Looking at the condition of his master ox had tears in his eyes. The Brahmin shouted at ox, “Why are you crying now. Its me who should cry.”
The ox said, “Master! You did not behave well with me. You shouted at me. I was about to pull the bullock cart but you started to abuse me. That’s why I am crying. After listening to your harsh words I lost my courage and we lost the bet.” Brahmin immediately realized his mistake. Then the ox said, “Believe me sir. This time I will pull the Bullock Cart loaded with 200 bags of 40 Kgs each.  You bet with the villagers. Put a bet of Rs 20 against Rs1. After lots of thought, the Brahmin agreed to take the biggest risk in his life to bet. Villagers thought that this Brahmin has gone mad and yet they agreed to bet again.
Next Sunday the crowd gathered. 200 bags of loaded rice were stocked in the Bullock Cart. The ox tried hard to pull the bullock cart. Even after 5 minutes of try he could not move the bullock cart. Villagers thought that again this Brahmin would loose the bet. Now the Brahmin went near to his ox and said, “ Son! This is a tuff job, but I have full faith on you that you can do it. Try once more.”
After listening to such words of praise and faith the ox tried once more with all his energy and the much-awaited amazement happened, the bullock cart started to move. Everybody was surprised. Brahmin won the bet and became very rich in few moments.
Morale:
If you trust people, people will keep your trust. Motivation can do wonders.
Written & Posted by Vinod Bidwaik on Friday, December 07, 2012