Make your own Luck…

Do you believe on luck? Almost all believe on these two words. There is positive and negative connotation to the words. But do you think that you can always be lucky? Luck means occurring by chance, which implies that luck just happens by chance and it can’t be planned or obtained by intention.

Off course you can’t influence the decision of raffle or lottery or roll of dice. So here you can’t win by wishing or hoping, yet you can be lucky, how? Just observe following,

Know what you want: I decided to take a new car and it was clear in my mind that I would like to purchase Honda City. When I decided, I seemed to see the Honda city everywhere on the road. While driving, car next to me or car besides to me was Honda City. Off course it hadn’t just appeared, it had always on the road. But it was only after I had learned the Honda city that I noticed it.

If you don’t know what you want, how will you know when you find it?

After few days, I was the owner of new Honda City.

Believe on your intuition: Respect your feelings. This does not mean you gamble on, it means that you listen to your feelings and intuition. Consider them carefully and check them well. you don’t know, you may discover something all of sudden from your insights. Some may be hidden and you may have to take it out from you.

Do you know that chain of carbon molecule was invented in dream…here is the story. 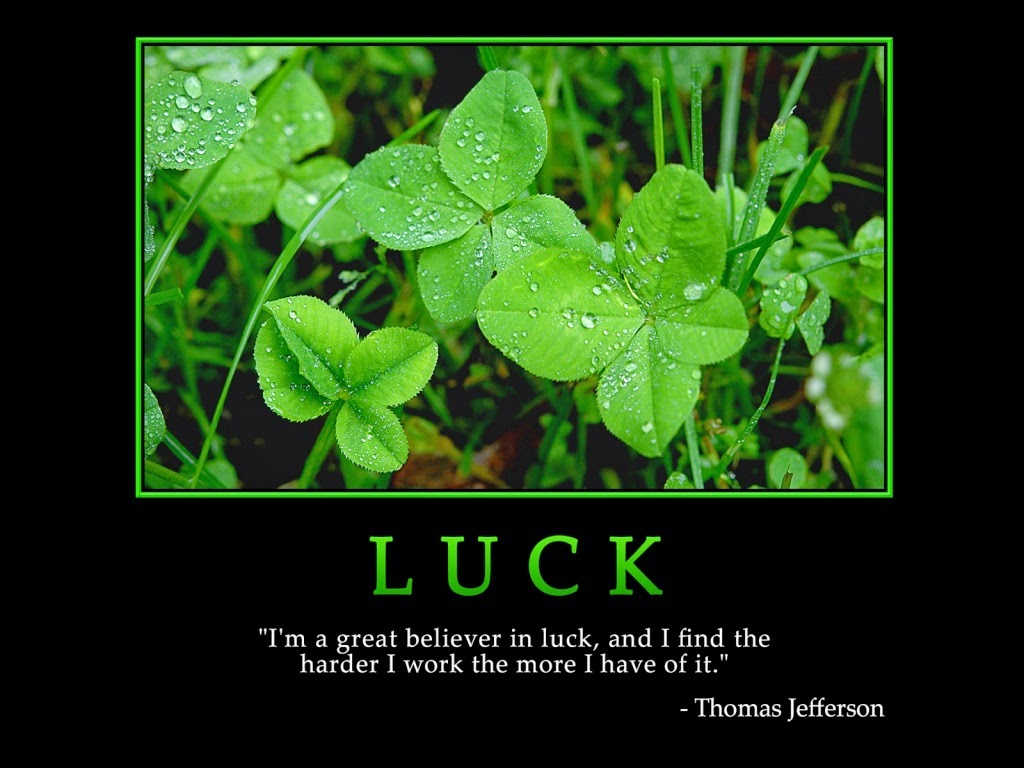 August Kekule, a Germen scientist, is regarded as one of the principal founders of modern organic chemistry, the chemistry of carbon-based compounds. In 1858 he showed that carbon can link with itself to form long chains. In 1865 he reported his discovery of the benzene ring as the basis for another major group of carbon molecules. Kekule told that he had a dream after falling into a reverie aboard a horse-drawn London bus. “The atoms were gamboling before my eyes!'' he saw how the larger ones formed a chain, dragging the smaller ones after them but only at the ends of the chain. Kekule literally invented how the carbon chains are formed while in dream. This is a power of intuition.

Believe you will succeed: Many great achievements did not overnight. Often they were precede by many false start and difficulties. You need to maintain your faith that you will soon succeed in small things and in times in great ones. Never give up on your dreams.

You can be lucky, not by magic or dreaming, but by following some of the time tested tips mentioned above. However they do not substitute to smart work and efforts.

success or failure apparently brought by chance rather than through one's own actions =Luck.Luck favors the brave.

Luck is depend on our hardwork

Luck is when TALENT meets OPPORTUNITY

LUCK = (Learning + Understanding + Creativity + Knowledge ) only can bring the true luck and not through Astrologers....